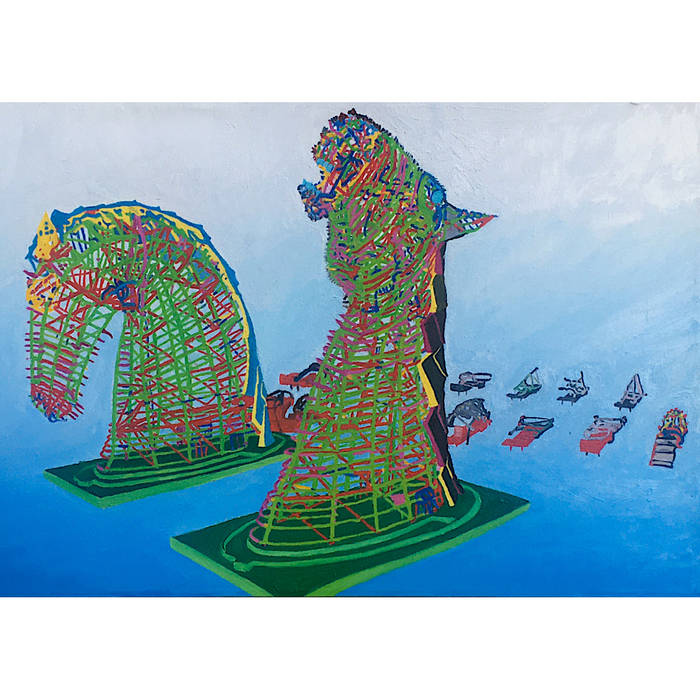 Available on CD (with cheap international shipping) for $12 at kunaki.com/Sales.asp?PID=PX00ZI8RZB&PP=1

Special thanks to Billy & Annie & Ma

A bezoar (from Farsi, pād-zahr (پادزهر), “antidote”) is a type of solid mass formed in the digestive system. Often described as a unitary stone, it’s in fact an agglomeration of diverse inorganic and organic components (for example degraded hair, indigestible vegetable matter, etc.) that bond in the digestive tract of ruminants, human beings, and other animals such as the beloved porcupine. In the sense of their contemporary medical diagnosis, bezoars can cause gastric ulcers, bleeding, intestinal perforation, and general obstruction from the esophagus to the rectum.

I came across the word as I was trying to understand some unusual solar plexus pain I felt during the writing of this album. While the pain was probably symptomatic of generally high levels of sin, the moderation and adjustment of which was likely the largest factor in its improvement, it was as soon as I recognized the word “antidote” as a possible diagnosis that I began to feel palpably better.

During the Middle Ages, European interlopers in Persia introduced the goat bezoar to the West as an medicinal counterpoison remedy whose popularity endured for centuries. Bezoars were often decked out in precious metals and collected in the curio cabinets of wealthy exhibitionists.

The 11th century book Ghāyat al-Ḥakīm or Picatrix describes healing the “bite” of a scorpion by carving the image of a scorpion in a bezoar stone, fastening the stone in a gold ring, stamping the image in soft incense during a particular astrological orientation, and drinking an admixture containing the incense stamped with the scorpion seal.

While many claims of their antidotal properties remain unfounded in the scientific literature, bezoars placed in arsenic-poisoned solutions have been shown to quite efficiently absorb their toxic compounds.

The legal principle of caveat emptor (buyer beware) was introduced into English common law via a case concerning the authenticity of a bezoar. The court ruled the buyer had no right to his money back, holding that the buyer was required to show either that the seller knew the stone was not a bezoar or that he had warranted it to be one.

The bezoar ibex has the world’s longest horns in relation to body weight, and though interest in their bezoars has definitely waned, they remain popular in trophy hunts.

Coca-Cola is widely considered a legitimate and highly efficacious medical treatment of many kinds of bezoars. Egyptian writer Sonallah Ibrahim in “the Committee” (1981): “We will not find, your honors, among all I have mentioned, anything that embodies the civilization of this century or its accomplishments, let alone its future, like this svelte little bottle, which is just the right size to fit up anyone’s ass.”

To summarize, bezoar: both affliction and cure; a compound so designated not for what it specifically contains but for its conglomerate appearance and context; an item which might be fake, a dupe, a lie for which we are offered no protection under the law; a digestive remnant that might have magical properties when it is reused ceremonially; and a symptom that can be easily cured by a prominent symbolic exemplar of “poisonous” Western expansionist capitalism.

Jacques Lacan in “the Sinthome” (1975-76): “The question is rather one of knowing why a normal man, one described as normal, is not aware that the word is a parasite? … That the word is a form of cancer with which the human being is afflicted. How is it that there are some who go as far as feeling it?
...
It is through the intermediary of writing that the word is decomposed in imposing itself. Namely, in a distortion as regards which there remains an ambiguity as to whether it is a matter of liberating oneself from the wordy parasite, or on the contrary something which allows itself to be invaded by the properties of the word that are essentially of the phonemic order, by the polyphony of the word. … For what characterizes lalangue among all others are the equivocations that are possible in it.”

Annie found the image for the cover painting in one of her daily searches. It diagrams the development of “the Kelpies,” two towering sculptures in Falkirk, Scotland named for the dangerous shapeshifting water-horse demons of lore. Kelpies dwell in lakes and river pools and are said to lure their victims by singing or taking false forms (though typically retaining their hooves), then to devour them and cast their entrails to the water’s edge (c.f. nixes, Pan, Satan, kappas, harpies). According to its designer Adam Scott, the 2013 sculpture recontextualizes the ‘concept’ of kelpies as “more equine and contemporary… shifting from any mythological references toward a socio-historical monument intended to celebrate the horse’s role in industry and agriculture.”

Falkirk Councillor John McLuckie on the sculpture: “Everybody knows about the Kelpies. They were originally going to cost £10 million so we should look at the savings that have been made.”

Bandcamp Daily  your guide to the world of Bandcamp